Damon brackets are self-ligating fixed appliances (also known as braces) that are fitted in the same way as traditional metal braces onto your teeth.  But instead of having colored ties that tighten and adjust the braces regularly, Damon brackets use a slide mechanism that attaches wires to brackets to move naturally with the teeth as they realign.  This reduces friction, which can in turn make tooth movement go a lot quicker, resulting in shorter treatment times for the patient.  This makes them more comfortable, better looking and able to provide strong results in a shorter time.

These Damon brackets use a different method for moving teeth into the right position.  The brackets are attached to memory wire, called a copper titanium wire in our office, that connects slide brackets without the pressure that traditional elastics often produce.  These special wires also reactivate whenever you eat something cold like ice cream, or drink a chilly beverage.  They are then set to move your teeth gradually, tightening over time.  As quoted by the Damon website, the process uses less force than traditional braces, which often require supplemental treatment through tooth extractions and palatal expanders.  At Kragor Orthodontics, we try to avoid extractions as much as possible either with early intervention, or rapid palatal expanders.  The Damon brackets are another way to help reduce this. 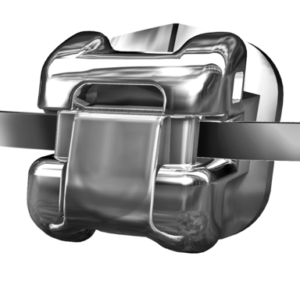